On April 10 the archbishop of Rouen Dominque Lebrun, accompanied by a group of 40 youths from the French diocese, transmitted to the Congregation for the Causes of Saints the proceedings of the diocesan inquiry for the beatification of Father Jacques Hamel, the 86-year-old priest  brutally murdered by two terrorist youths in the summer of 2016. “It’s hard to establish a timeframe”, Cardinal Becciu told SIR. “We will set a priority date, it is the wish of the Holy Father to make it happen as soon as possible”

“It’s hard to set a final date since we still don’t know the amount of time that will be required for analysis and study. We will set a priority-date however, as it is the wish of the Holy Father to make it happen as soon as possible. But it will take the time it needs.” With these words Cardinal Giovanni Angelo Becciu, Prefect of the Congregation for the Causes of Saints welcomed the two copies of the proceedings of the diocesan inquiry for the beatification of Father Jacques Hamel. The 86-year-old priest was brutally murdered by two young terrorists – Adel Kermiche and Abdel Malik Petitjean – in the summer of 2016, while celebrating Mass at Saint-Etienne-du-Rouvray. The entire documentation of the diocesan inquiry was brought to the Vatican Congregation by the archbishop of Rouen, Dominique Lebrun, accompanied by a large group of youths from the diocese who went on a pilgrimage to Assisi a few days ago. 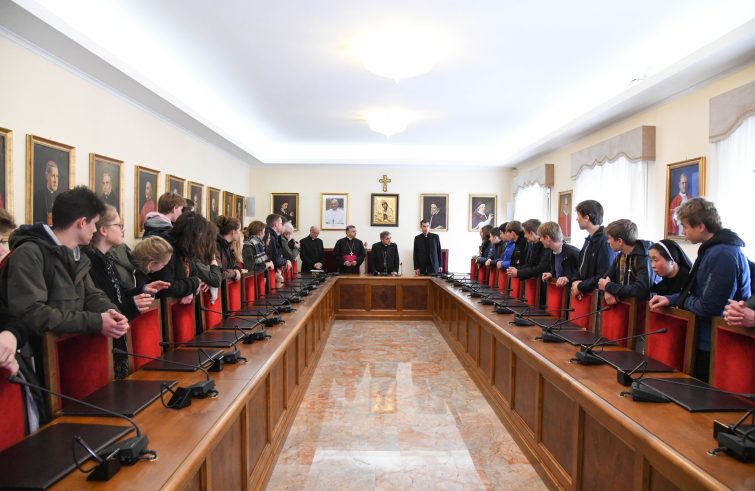 The diocesan inquiry was opened on May 20 2017. There were 66 hearings, including those of five testimonies (five women religious and a couple of parishioners) attending the Mass during which the priest was killed. During a Mass celebrated at Casa Santa Marta, Pope Francis said: “He is a martyr! And martyrs are Blessed!” The opening of the beatification cause was thus rapidly given the green light by the Congregation and by the Pope, and in that circumstance it enabled derogation to the Canon Law establishing that the petition must be presented no sooner than five years after the death of the person being investigated. Once the diocesan inquiry is completed, the entire documentation will be examined by the Congregation for the Causes of Saints and at the end of the process it will be transmitted to Pope Francis. Father Hamel, Cardinal Becciu told SIR, “was taken at word. He gave his life to Jesus Christ. We are all called to give our life to Jesus Christ, he was taken at word and he suffered a martyred death. He gave all of himself to God and he paid the price of his fidelity. He stands as an example for us as we are called to remain faithful to our vocation to the Gospel, to God and to the Church every day.”

The death of Father Hamel was a tragedy that upset French public opinion. One year after his death, the President of the French Republic Emmanuel Macron went to Rouen to pay homage to the memory of the elderly priest. “I thank the Church of France – he said on that occasion – for having found the power of forgiveness in faith and in prayer. I thank you for having set the same example to all of France by rejecting the thirst of revenge and retaliation.”

High expectations on the beatification waiting period. “Father Hamel – the archbishop Dominque Lebrun told SIR – was murdered, and many defined him a martyr. So did the Pope, who exempted us from commencing the process before the canonical five-year period since the time of death, so he may be officially recognised as Church martyr.” The archbishop believes “it would be a good thing not to confine it to an act of violence.” Violence and hatred – he added – “are not the conclusion. In fact Paradise is the final passage.” Significantly, the youths from the diocese handed over the petition to the Congregation for the Causes of Saints even though at the time of his death they were 12-13 years-old. Yet “they all remember where they were when it happened. Murdering a priest is utterly unconceivable to them. To them the priest is a man who gives life.” 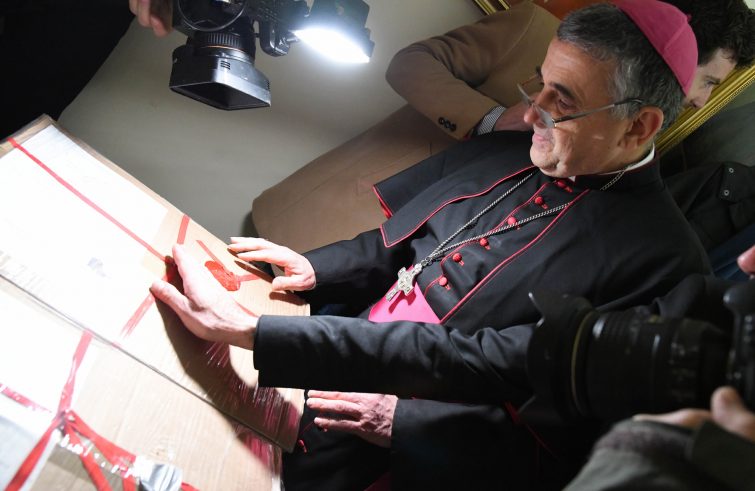 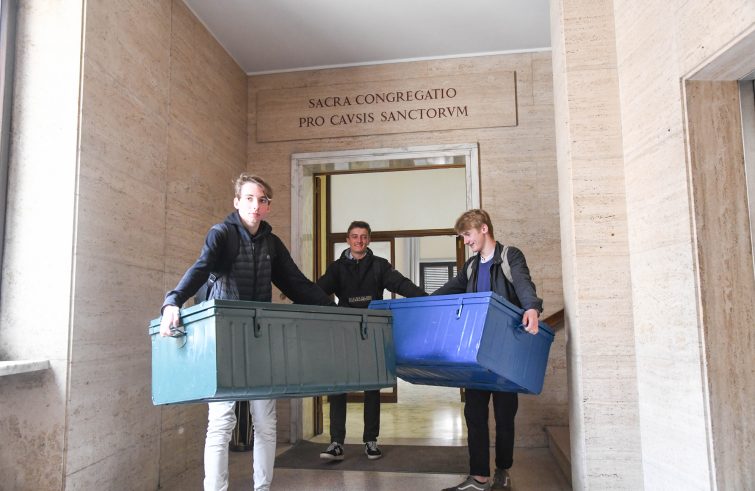 Who was Father Hamel? “He was unknown, even in my diocese”, replied Msgr. Lebrun. “He was an ordinary priest who carried out his ministry in the parish. He was an old man already. He attended diocesan meetings but I had never heard him talk on those occasions. I had a very significant contact with him that made me understand that he was a priest who wanted to carry out his service until the last day. When he was murdered, after the fist stabbings, he repeated:

He realised he was being killed not by the youths, not by Muslims, but by the devil. The devil makes use of people.” As relates to the timeframe of the beatification, the archbishop said: “We are no longer involved in this process. We did our part. Now it’s in the hands of the Bishop of Rome and of his collaborators.”