The Secretary General of the Commission of the Bishops Conferences of the European Union (COMECE) analyzes the present political situation, warns against extreme nationalism, calls on citizens to take on a central role in democratic life. "As in every family, there are tensions also inside the EU, but we are in this together: the Union - which is a peace project – offers the possibility to take joint decisions for everyone’s good”

“If we look at the data, today Europe is richer, safer and more democratic than 50 years ago, but this does not reflect the general perception. Populism offers bad answers to real demands.” In this interview with SIR Father Olivier Poquillon, o.p., General Secretary of the Commission of the Bishops Conferences of the European Union (COMECE), outlines the contours of the paradox situation in which we are living, locked in fear, offering points for guidance. We need transparent, democratic decisions for the future, to include citizens in political processes and share experiences in order to take joint decisions. The future begins by voting. 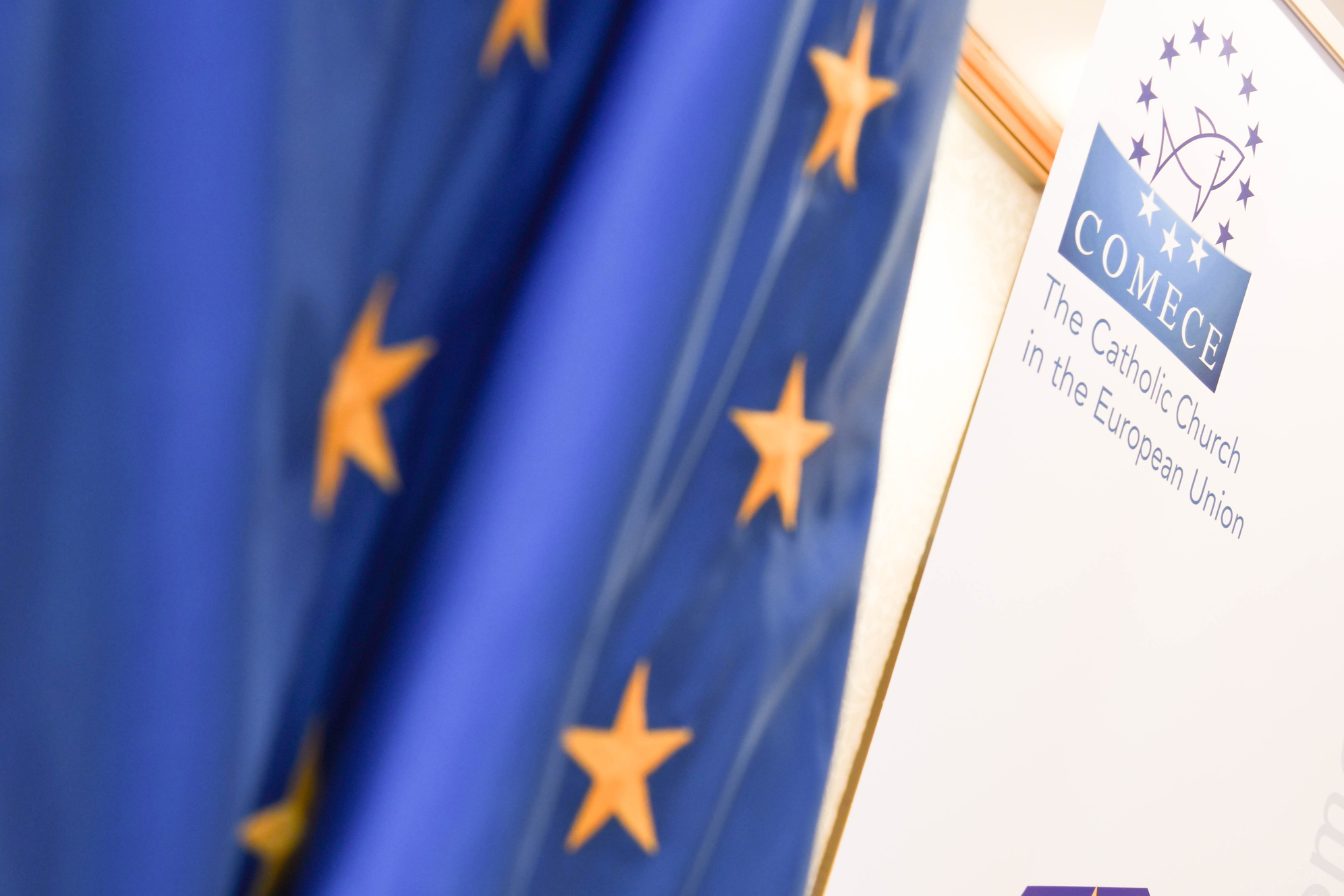 How does the Catholic Church in Europe view the upcoming May election? The EU bishops opened a reflection on the 2019 elections already two years ago, in 2017. The “(Re) thinking Europe Dialogue”, a major Conference in the Vatican with Pope Francis, the Holy See, the European bishops, parliamentarians and high-level political figures, initiated this reflection. In a statement released a few days ago, our bishops invited Christians and people of good will to vote and to exercise their discernment. Casting your vote is a right, although it is not to be taken for granted.

As Christians, this opportunity – which is also a duty – means taking on the responsibility of the creation that God has given us. Shall we fulfil this commitment?

These are probably difficult times, marked by tensions and manipulation. At the same time we are given the opportunity to exert our freedom of choice. In May we will have the possibility to decide by whom we want to be represented for the next five years; we will be able to chose the person who will take decisions that affect our daily lives.

In which direction is the EU heading?
As occurs in every family there are tensions also inside the European Union. There are large and small Countries, in the southern and northern regions, every Country has its specific social situation and economic system. But we are in this together and it’s important for us to have this shared space, the EU, not only for debates but also for decision-making processes. By casting our votes we will be choosing political parties, but we need to ask candidates what they intend to do once we entrust them to represent the Constituency. They will be using taxpayers’ money. And thus the latter are entitled to ask: “I want a social market economy that gives young people the possibility to have a family, that gives workers the opportunity to live on their jobs, thus averting the scourge of unemployment …”. Or: “I want my money to be used for researches that benefit the common good. I want my parliamentarians to step up investments in immigration policies, to ensure the reception and inclusion of migrant people  who are not to be treated like commodities.” We are faced with two basic challenges today. The first challenge is demography, namely the fact that the population of half of all member Countries is decreasing as a result of low birth-rates. The second challenge is immigration. There is need for political decisions that entail global issues: everyone must do their share. 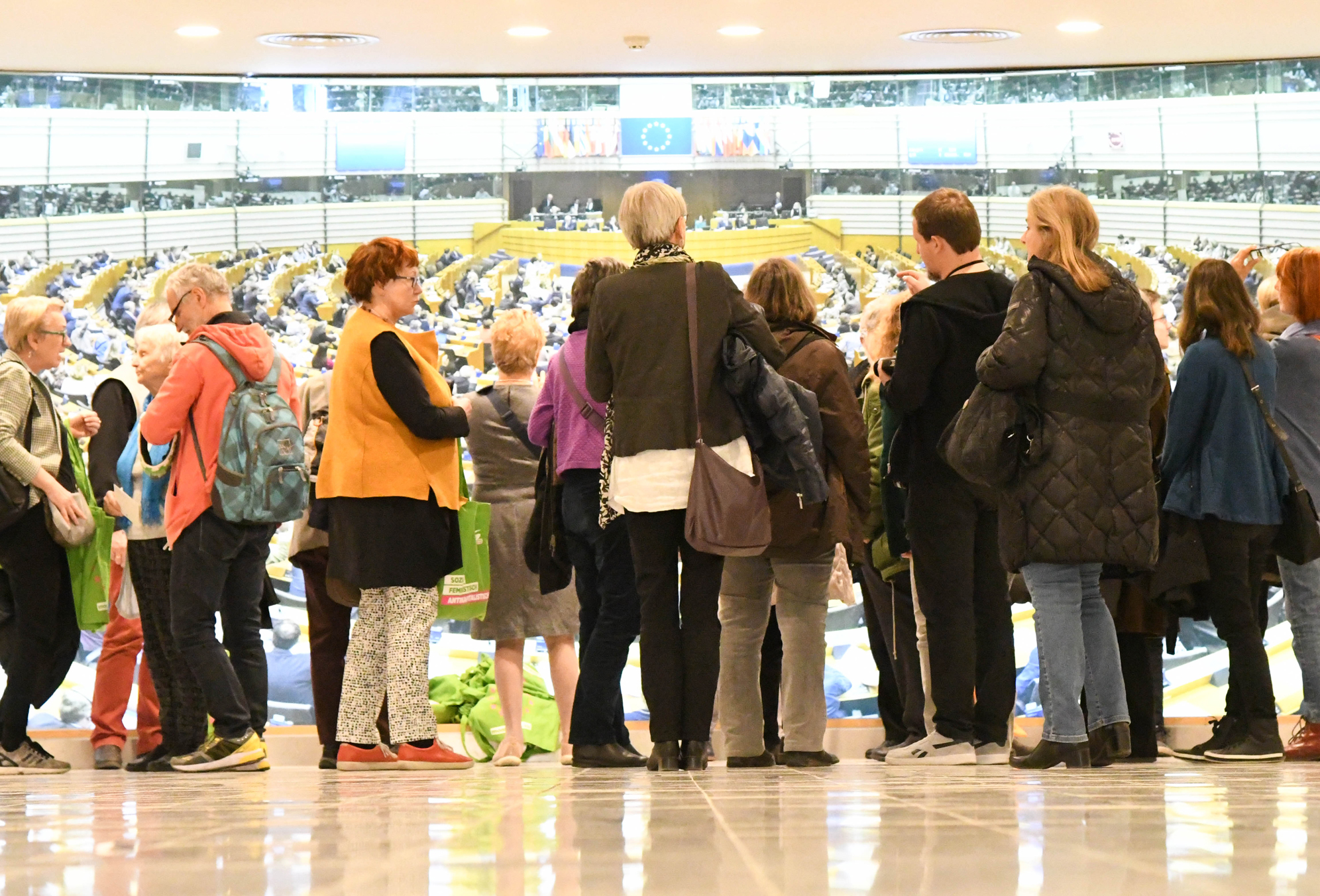 The shadow of populism hovers upon these elections. How can this phenomenon be countered?

Pope John II used to say “do not be afraid”, and his successor reiterates it on every occasion, referring to the words of the Gospel. Before unprecedented developments and uncertainties, the pauperization of the middle and working classes, the fear that the next generation will face a degraded life, we need concreteness. Fear can be overcome by learning to know one another. A person can be afraid of migration inflows, but that fear is lessened when we know the migrant person, when we know their children, the life of that person’s family, with whom we can share our meal.

Christian life is reflected in “sharing our meal”, pooling our resources. The experience of sharing s enables us to take common decisions.

Populists claim that our problems will be resolved once we eliminate whoever is considered to be a bad person. But our faith teaches us that nobody is “good” or “bad”, that we are all sinners, thus among the sinners we need to seek shared solutions. Populism is a way to express fear and to respond with closure. If we look at the data, today Europe is richer, safer and more democratic than 50 years ago, but this does not reflect the general perception. Populism offers bad answers to real demands. In the upcoming elections it is necessary to find ways to provide different answers.

Could the current tensions across Europe put an end of the dream of European unity?

Brexit, the yellow vests, voters’ support to populists, are the expression of a malaise, a widespread feeling that our life is beyond our control, that we no longer govern the mechanism of democracy. Saint Augustine says, “decisions that involve everyone must be decided by everyone.” There is need for a reform of democracy. Democracy must not only proclaimed but also lived out, enabling citizens to recover the political domain. There is much talk of transparency, yet the procedures are unclear. Who knows the functioning of the European Union? We have bottom-up mechanisms with top-down approaches. We need to recover approaches that are occasioned by and at the level of citizenry, that enable citizens to take part in the creation and implementation of a common policy project. If it looses its soul, and if its service to citizens fails to be perceived, the EU risks disappearing all together. Yet the European Union is a project of peace: without this common mechanism, that is not perfect and is open to improvement, we risk falling pray to national antagonisms.

What is your message to young people to invite them to go to the polls?

Rather than speaking to young people I think we should speak with young people, because they have ideas. Not only do 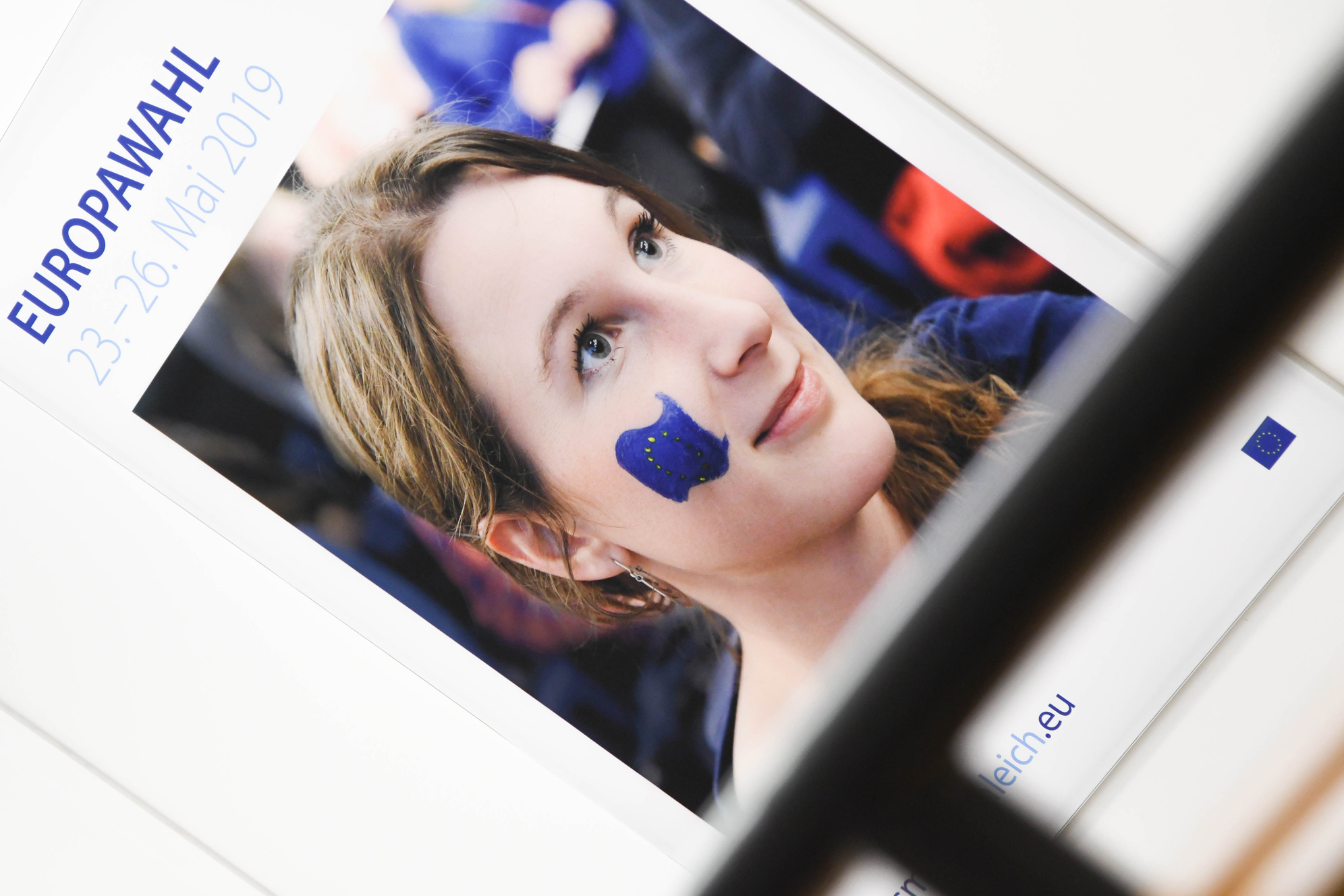 they represent the Europe of tomorrow, they are citizens of our present times who will have Europe’s future in their own hands. Thus my message is: cast your vote because your vote will determine the developments in the coming years.

From your perspective, is the dialogue between the Church and European institutions productive?
Article  17 of the Lisbon Treaty is an effective tool that envisages national competences re Church-State relations, and we support the idea of enabling every Country to entertain these relations according to the respective practices. At European level considerable investment has been made by European Commissioners who attended our meetings and with whom we didn’t only talk, we actually worked together for productive purposes. However, the dialogue is perfectible. Moreover, Art. 17

does not provide for interreligious dialogue, which remains the responsibility of the religious faiths.

We do hope nonetheless that the specific nature of every involved partner will be further acknowledged. The Church in Europe means 2000 years of life, a unique network, formidable expertise, a sociological, historical and spiritual reality. Other confessional bodies have different purposes and we deem it important that EU institutions, including the Court of Justice, respect this diversity and don’t use it in an instrumental way to weaken Church-State relations across EU Member Countries. 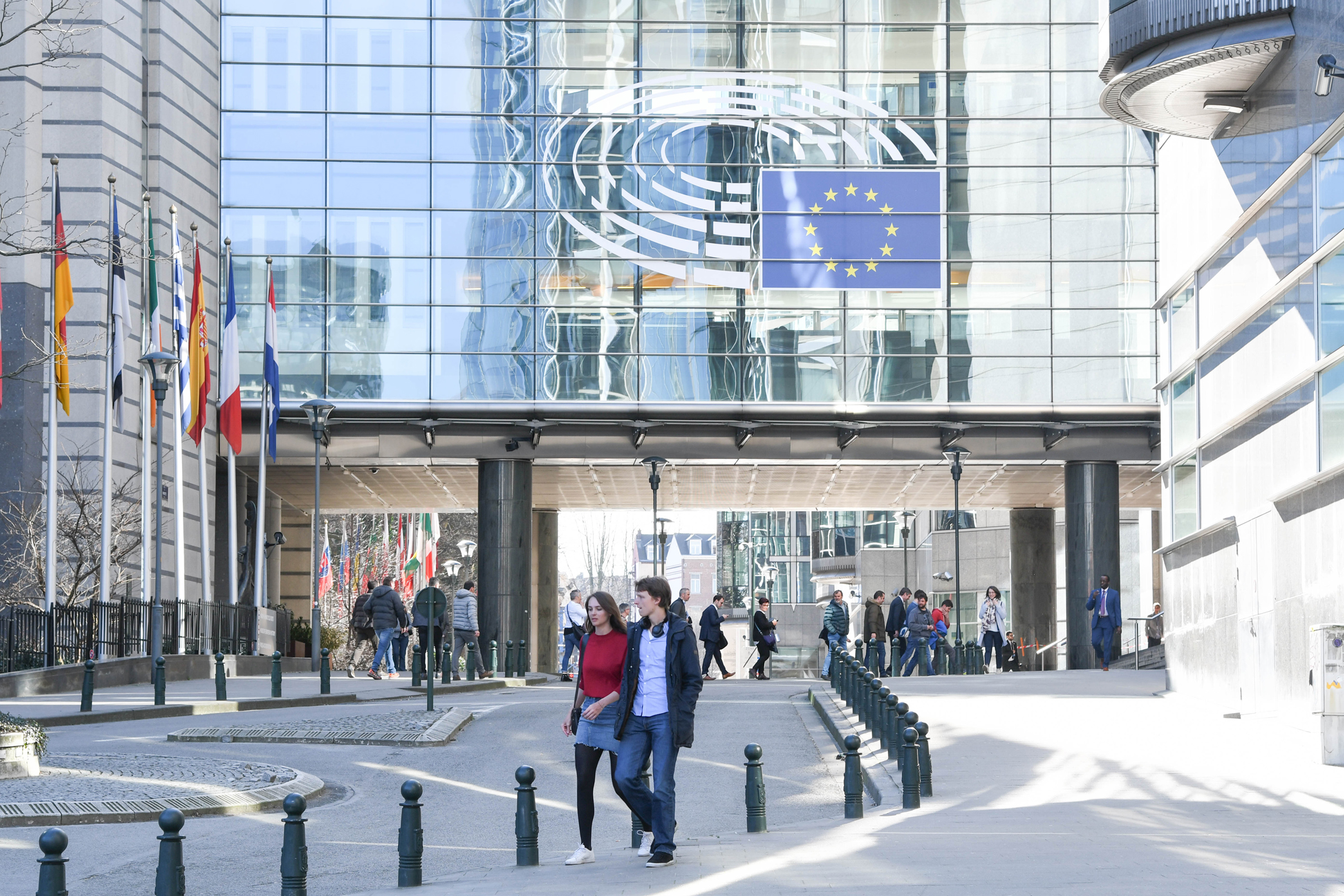